Vaping has become a popular alternative to smoking cigarettes. It is argued that vaping can help you quit smoking, and it is also better for your health. Here are some advantages of vaping and how to vape properly so that you can quit smoking in the most effective way.

You may find it challenging to give up cigarettes. When you vape, you obtain nicotine without all the carcinogens that come with smoking tobacco. Keep in touch with friends and family; save money, and feel better after quitting smoking.

Although vaping is less harmful than smoking, it is not completely risk-free. Plan to quit smoking when you’re sure about vaping.

5 Things You Should Know About Vaping

When it comes to thinking about quitting smoking, you are not alone. Seven out of ten smokers desire to give up the habit. Quitting smoking is essential to your health because it causes harm to practically every organ in your body, including your heart, and is therefore recommended.

Cigarette smoking and secondhand smoke are responsible for around one-third of all heart disease deaths.

Can electronic cigarettes assist you in quitting smoking?

Vaping is an alternative to smoking cigarettes that has been rapidly increasing in popularity. Vaping has many benefits over traditional cigarette smoking, including the fact that it does not produce secondhand smoke and does not contain tobacco, which makes it a healthier option for those who are trying to quit smoking or cut back on their nicotine intake. Additionally, vaping may be more effective than other methods of quitting since it provides smokers with the satisfaction of nicotine without the harmful chemicals found in cigarettes.

So, Vaping can definitely help in reducing the harm to your health by smoking but the damage is still slowly being done. the better option is to seek medical assistance and quit smoking altogether.

1.   Vaping Is Safer Than Smoking, but Not Safe.

When you inhale an aerosol from an e-cigarette, it heats nicotine (extracted from tobacco), flavorings, and other substances. 7,000 compounds are included in regular tobacco cigarettes, many of which are dangerous. “There’s absolutely no question that they expose you to less dangerous substances than traditional cigarettes,”

However, e-cigarette usage has been related to lung damage and deaths. To date, the CDC has confirmed that e-cigarette or vaping-related lung damage has caused 60 deaths (EVALI).

Vaping madders and illicit e-liquid users appear to be the most at risk. This is particularly true for vaping products that contain tetrahydrocannabinol (THC).

Instruct users not to use THC-containing e-cigarettes.

Do not rely on informal suppliers such as friends, relatives, or online sellers to purchase a vaping device.

Use only the vaping equipment as intended by the manufacturer.

2.   Study: Vaping Is Harmful to Heart and Lungs

Tobacco and e-cigarettes both deliver nicotine. Ignoring the craving causes withdrawal effects. Nicotine is harmful. High blood pressure and adrenaline raise heart rate and the risk of a heart attack.

Is vaping bad? We don’t know what compounds are in vapor or how they affect our long-term health. The health risks of e-cigarettes remain unknown. Emerging data links e-cigarettes and smoking to chronic lung diseases, asthma, and cardiovascular disease. The substances you’re exposing yourself to are unknown.

4.   Is Vaping the best tool for quitting smoking?

Despite being marketed as a smoking cessation tool, e-cigarettes have not been approved by the Food and Drug Administration. According to a recent study, people who wanted to use e-cigarettes to quit smoking ended up using both traditional cigarettes and e-cigarettes.

Vaping is a way to quit smoking cigarettes. It is not a magic bullet but it certainly has its benefits. It can help you reduce the amount of nicotine you intake and make the process more manageable.

The advantages of vaping are that it doesn’t contain the toxic chemicals and tar found in cigarettes, it doesn’t produce secondhand smoke, and is much cheaper than smoking. Vaping also offers a variety of flavors which can help make quitting more enjoyable.

Adults who use vaping for quitting smoking should review the risks and benefits and consider using other FDA-approved techniques.

E-cigarettes are the most popular tobacco product among teenagers. In 2015, the US world health organization reported a 900% spike in e-cigarette use among high school pupils, 40% of whom had never smoked tobacco.

There are three reasons why vaping may appeal to young people.

It is appealing to both young and old. Because they do not smell, vaping is preferable to smoking.

What worries me about the rise of vaping is that it is attracting non-smokers. It’s one thing to vape instead of smoke. It’s another to start with vaping. Tobacco products are typically used later.

A strong correlation exists between tobacco use and cardiovascular illness and a link between smoking and cancer. However, the sooner you stop smoking, the sooner you quit smoking the sooner your body will be able to recover and restore itself.

Consult with your doctor to determine which smoking reduction program or tools might be most effective for you. or you can check our Beginners Guide to Vaping.

For non-smokers and teens, there is no argument: do not start smoking and do not wear a vape.

If you are an adult smoker trying to quit, be aware that the balance of risks and benefits, as well as the long-term health effects of evaporation, are uncertain. We need strong research to help people make decisions.

At the same time, the FDA has come down to a limited authorization side to help adult smokers Quit Smoking. We will only know by looking back if that was the right step. 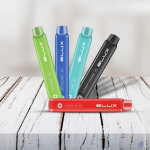