The UPENDS Uppen Vape Pen is equipped with the latest flax-based ETCHIP™ technology. UPENDS Uppen is the first mouth-to-lung vaping device that adopts a strip coil, which solves the problems of spitting and popping due to uneven working temperatures.

“UPPEN is designed for people chasing both hygiene and style.” Kevin Zor, the Product Director of UPENDS said, “We focus on each detail during use and strive for easier, more pleasant and perfect experience.”

The Upends Uppen is only available as a TPD compliant product at the time of writing, issued in either black or silver colour schemes.

The cap is made of plastic so while strong can still be flexed. The top and clip are comprised of 18K gold, another example of the promised elegance.

Despite the gold clip, the darkened grey of the cap looks oddly out of place when attached to the lighter coloured battery.

Connecting the top cap to the battery is achieved with one simple snap. It’s very much the same way most traditional pen lids work, and there’s very little chance of losing it when in place.

How to Fill the Upends Uppen kit

Leave the device for five minutes, as this will allow e liquid to fully saturate into the cotton preventing the possibility of a dry hit.

Supremely lightweight being made of an aluminium alloy. The very underside houses the USB port so upright charging is obviously a no – no.

A pin hole LED on the side flashes white when the pen is connected. Down inside the battery the small magnet and battery contacts are visible.

The battery features a nifty auto focus mechanic, and When slipping the pen inside, the magnets automatically align the correct position.

The device vibrates for a second and a single flash of the white LED confirms this.

Since removal of the pen is the only way to check current e liquid levels this is welcome feature.

During the charge cycle the LED will remain red, turning white during the last minute of charging. The Upend Uppen does allow you to vape during this time.

The charge percentages are represented as:

The Upends Uppen comes with a number of safety features.

How Does the Upends Uppen Perform?

This is a 1.2ohm mesh coil designed by Upends to evenly distribute flavour.

The dual fixed airflow slots at the top of the battery offer a somewhat airy MTL vape. I expected much more restriction so this was something of a disappointment.

Practically every pull resulted in far too much vapour escaping, leaving very little cloud production. It’s not an isolated case of course, but tends to have an effect on flavour quality as well as overall enjoyment.

I also found the vape experience rather dry and a little flat. All the refreshing zing of the sherbet was sorely absent and flavour properties were average at best.

Somewhere in the background of the exhale I was still able to pick up elements of the strawberry, blueberry and raspberry. Yet in all three fruits there was a lack of sweetness to bring the profile to life.

The battery performance is very good. I got an impressive nine hours before the LED changed to red, after which I was able to eek out another hour before the device vibrated mid vape lol!

It took around an hour to fully recharge, zero to hero as they say. I didn’t notice any loss in performance during use so it’s safe to say the device holds a steady 10W power output.

The 2.0mL capacity tank also delivered smooth e-liquid distribution to the vertically oriented strip coil, and I’m happy to report no dry hits occurred during our testing. The same goes for the flavor performance, which was strong and rich, whether using nic salt juices or standard liquids. 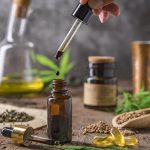 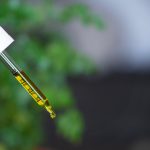