With a size of 68.0 x 45.6 x 16.0 mm and a weight of only 48 g, the Uwell Caliburn Koko is slightly larger than its predecessor, but the square and slim kit remain extremely compact and handy. It disappears almost completely in the palm of the hand and has a pleasant ergonomics and grip. The design of the Uwell Caliburn Koko is modern and very appealing and can be adapted even more individually thanks to the interchangeable side panels (available as accessories). With the practical lanyard, the neat Koko Prime Kit can also be worn comfortably around the neck if you don’t have your hands free. The Uwell Caliburn Koko is available in the colours Black, Blue, Green, Red, Purple and Gray.

Inside the Uwell Caliburn Koko, a more powerful 690 mAh battery now works (previously 520 mAh); which ensures even longer steaming pleasure and can also be quickly recharged via the USB Type-C port on the bottom. Uwell has also increased the maximum output power to 18 watts (previously 11 W). With the Koko Prime, too, an LED display informs the steamer about the current battery level by changing its colour (green = high, blue = medium, red = low). You will also look in vain for a fire button or other buttons because a clever and reliably functioning automatic pull mechanism takes over all the work for the steamer and no further settings are required. Of course, all relevant protective circuits are also built into the Uwell Caliburn Koko kit.

The new pods of the Uwell Caliburn KOKO Prime Kit still have a tank volume of 2 ml. Now, however, the atomizer heads of the pods can be changed by inserting them; into the pod from below or pulling them out of the pod. This means that the entire pod does not have to be disposed of when the atomizer head; has reached the end of its service life. Two different coil variants are available. A 1.0 Ohm FeCrAl Regular G Coil for the more classic MTL / baking vaping; and a 0.8 Ohm FeCrAl UN2 Mesh Coil for restrictive DL vapour behaviour. Thanks to the Pro-FOCS flavour testing technology from Uwell, both coils impress with their excellent vapour and taste development. The pods are still filled from above.

With the Caliburn KOKO Prime, Uwell is now bringing a revised version of its second cross-country horse onto the market. Like the Caliburn G, it shines in a newly revised modern design and has gained a lot of battery capacity. As already known from the previous version, the pods and coils of the Caliburn G also find their place in the KOKO Prime. 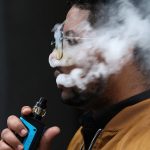 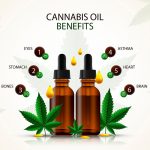